Canadiens’ surprising surge a boost for all of hockey

By OSDB Staff | Posted 6 days ago 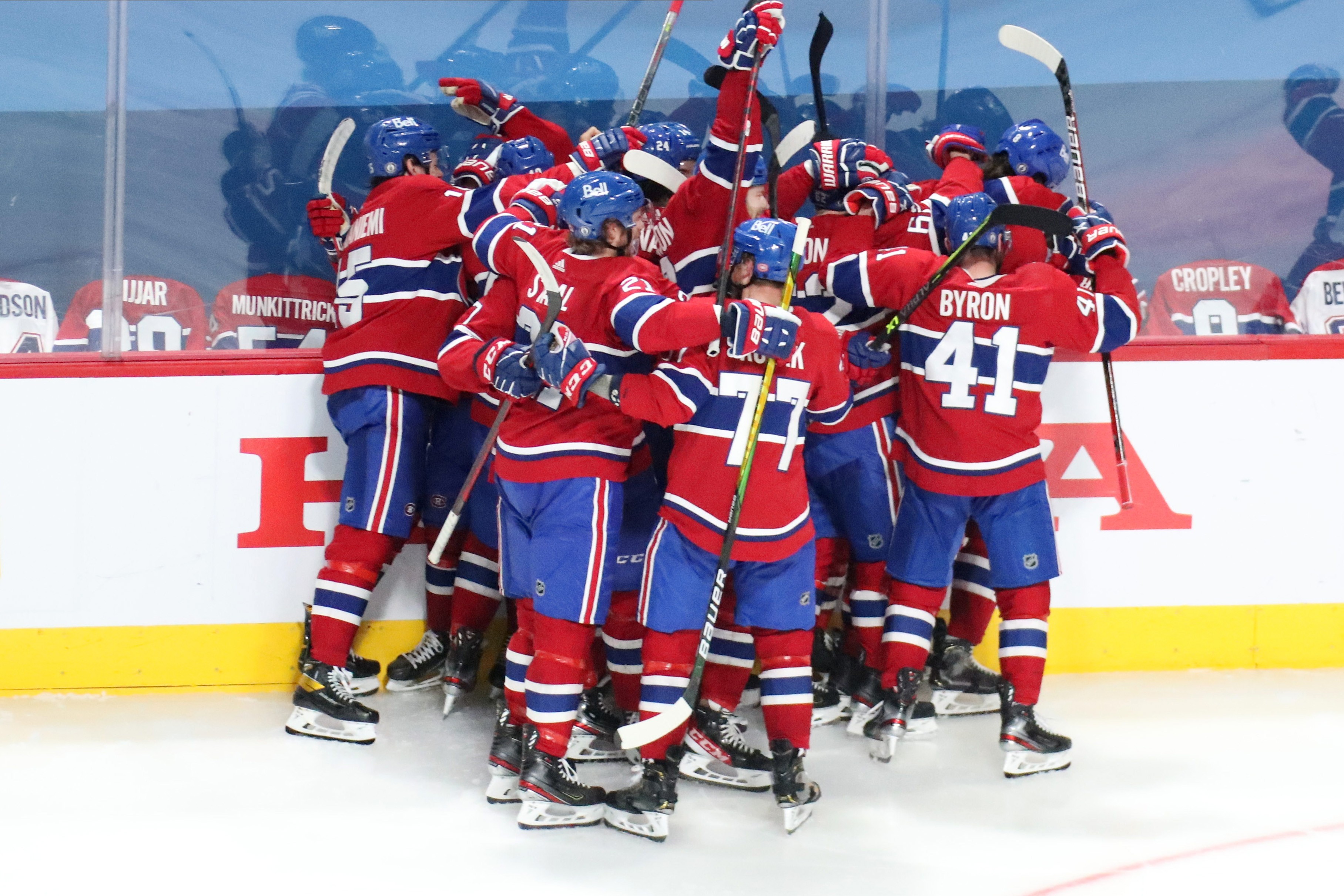 All franchises are considered equal. However, when it comes to a presence in sports all teams are not equal.

In basketball, the Boston Celtics and Los Angeles Lakers trump others; in MLB teams such as the New York Yankees, Boston Red Sox and Los Angeles Dodgers have more viral power; the same goes in the NFL, where the Green Bay Packers, New England Patriots and Dallas Cowboys are forces.

In the NHL, one team stands above all the rest when it comes to the league’s history: The Montreal Canadiens.

And when Les Habitants are inspiring or dividing hockey faithful with a playoff run, that ratchets up the presence of the NHL and in this case, the playoffs.

The Canadiens are on an unlikely run in these playoffs. They were the last team to clinch a postseason spot and now find themselves as one of the final four in the Stanley Cup Playoffs, having made their way out of the North Division.

They were down 3-1 against the Toronto Maple Leafs before rallying to take that series in seven. And the Habitants followed by ousting Winnipeg in a clean, four-game sweep.

The next step will be daunting as either Colorado or Vegas will be the next opponent and each finished with 23 more points than Montreal’s 59.

However, the team that finished fourth in the North is playing better than any time in the season and it has come at the right time.

The Canadiens have now won seven consecutive playoff games and haven’t trailed in any of them. The last time the Canadiens won seven straight in the playoffs was 1989, when they lost to the Calgary Flames in the Stanley Cup final. The longest playoff winning streak in Canadiens history is 11 games, set in 1993, the last time they won the Cup.

“There’s something special (happening) and if we can have seven more (OT wins) we would be in pretty good position,” head coach Dominique Ducharme said after his team eliminated Winnipeg. “Every year is different. For sure you look back at those guys (in 1993) it’s special … but yeah, there’s something special in our group and we said it was a good group. Now, can we write our own story? That’s what we want to do.”

Some people think it is like 1993 when the Canadiens won their 24th Stanley Cup.

Defenseman Shea Weber knows there is a lot of work to get done before Le Bleu-Blanc-Rouge hoist Lord Stanley for a 25th time in franchise history.

“To be honest, we haven’t proven anything yet,” Weber said. “It doesn’t mean much. It is a step in the right direction and we are moving forward. This is one more step toward our final goal, but we certainly cannot be satisfied.”

The face of this team is goaltender Carey Price. The Canadiens do not boast any players with hockey historic names like Jean Beliveau, Maurice and Henri Richard, Ken Dryden, Yvan Cournoyer and other legends.

The names that have been propelling this run are Tyler Toffoli, who scored the game- and series-winner against Winnipeg, Cole Caufield, Ben Chiarot among others. None are household names outside of Montreal and the Bell Centre.

"This season has been a blessing," he said after scoring the OT goal Monday. "I’ve loved it …"

With the Canadiens on a magical run, hardcore hockey fans won’t be the only ones watching and cheering for -- or against – the most beloved and polarizing franchise in NHL history. But people will be paying plenty of attention. And that is good for the game of hockey.

This is absolutely nuts. Sitting here in awe. I can’t believe the Habs just swept Winnipeg and are going to the conference finals.