By HOLLY CAIN | Posted 13 days ago 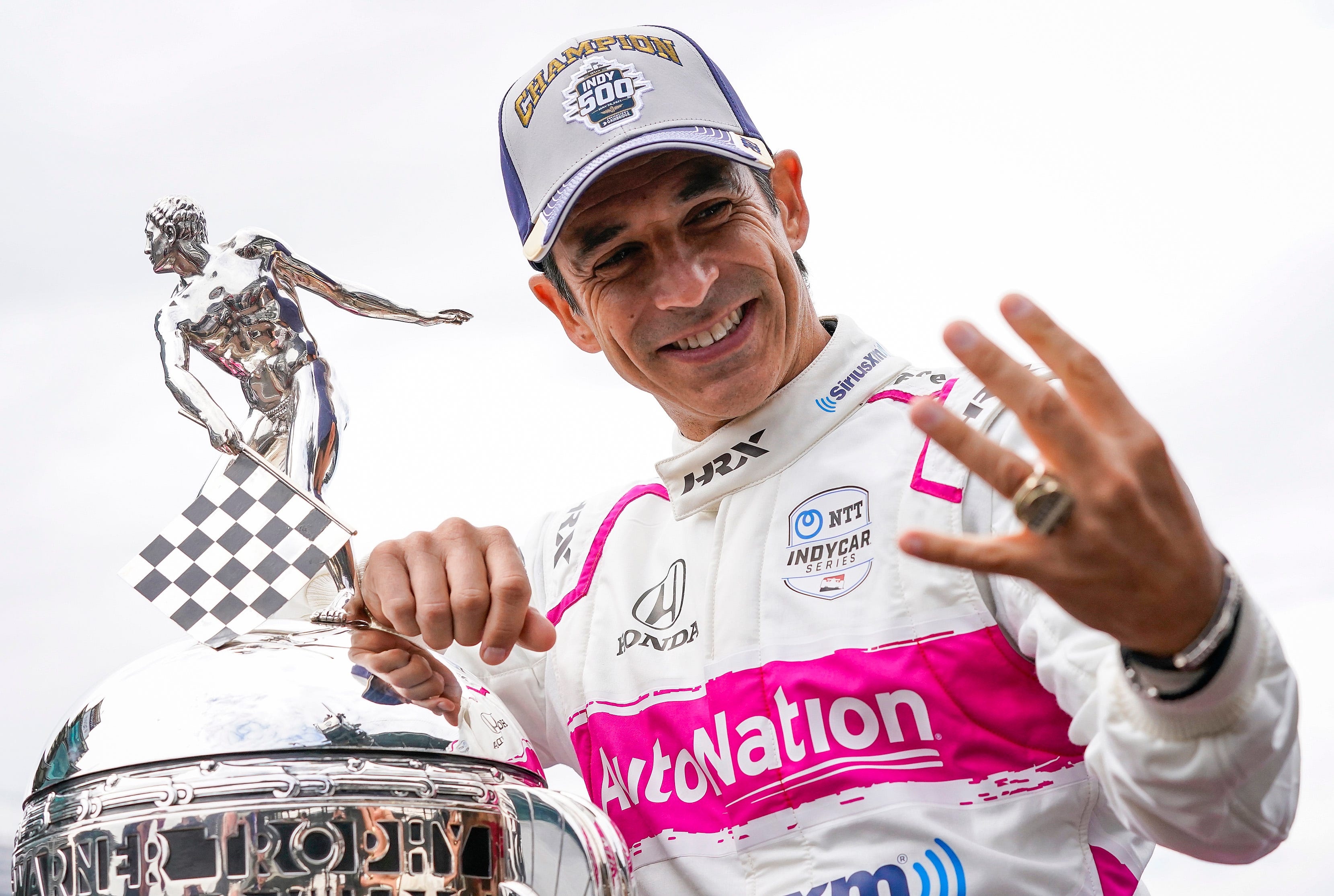 As the 46-year old Castroneves deftly negotiated his IndyCar through frenzied traffic on the last lap of Sunday’s Indianapolis 500, 130,000 spectators spanning the famed track were on their feet in recognition and appreciation of this longtime fan favorite’s record-tying fourth Borg Warner trophy effort.

And Castroneves’ fourth Indy 500 triumph comes in the weeks and months after other 40- and 50-something professional athletes such as NFL quarterback Tom Brady (Super Bowl) and golfer Phil Mickelson (PGA Championship) so aptly proved that ability and motivation can prevail over any age stereotypes.

“I said it before, but if Tom Brady did it, why can we not do it,’’ Castroneves said of the Super Bowl winning quarterback. “People put a label on this type of situation. It’s awesome to prove them wrong.’’

Exactly 20 years after he climbed the fence bordering the speedway’s front-stretch grandstands to celebrate his first Indy 500 victory, the Brazilian easily scaled the fences again … and then ran down the track for good measure to acknowledge and soak in the love and respect from the crowd.

Fans had been on their feet for the final 10 thrilling laps, anticipating their witness to history. No one was sitting by the time the checkered flag flew. No one left the grandstands for a good half-hour after the race.

On this day, it didn’t “seem,” it absolutely “felt” that everyone at the racetrack could be happy with the race outcome – and all that love and respect was a sporting irony of its own.

So many were so moved. Spectators climbed the track fence from the outside cheering Castroneves as he made his famed victory lap wearing the winner’s wreath around his neck, a grin spanning his cheeks and a few tears in his eyes.

This was emotional. For everyone, it seemed.

And if anyone else – fan or competitor – had doubted in the last couple of racing seasons whether Castroneves would seize this glory, he never wavered.

Castroneves has absolutely always been one of the fittest athletes on any race grid and as the inevitable “age” questions arose post-race, he aptly dismissed them.

“It’s a label,’’ he said. “People put a label and a number and say ‘this guy is old. … In the past, Mario Andretti, Rick Mears, maybe A.J. Fort, all these incredible guys were able to race at 50 years old.

“So, for me, representing the old guys, let’s put it this way: I feel that the technology, the way it is, we can still race for a long time. I will as long as I have the opportunity.’’

As he was soaking in the appreciation of this great four-peat – something only legends such as Foyt, Al Unser and Mears had done – Castroneves was displaying a lesson in faith and perseverance. In determination and tenacity.

Not once did he allow himself to believe he would not win the Indianapolis 500 again – despite leaving the famed Penske Racing team he won his first three Indy 500 crowns with; despite racing only part-time this season.

Though Castroneves’ final fulltime season driving for Penske Racing was in 2017, the team fielded a car for Castroneves at Indianapolis until this year - when

Meyer-Shank Racing signed the veteran to a partial schedule, six-race deal in 2021.

In the past seven months, Castroneves has done nothing but win. He co-drove to the 2020 IMSA WeatherTech SportsCar Series Dpi class championship for Penske, won the 2021 season-opening Rolex 24 at Daytona with Wayne Taylor Racing and has earned his fourth Indy 500 crown with Meyer-Shank Racing.

At the Indy 500 winner’s press conference on Sunday, Castroneves and his team owners - Shank and Meyer – were asked about the possibilities of Castroneves going for a historic fifth Indy victory.

“I believe Helio deserves to go for a fifth Indianapolis win,’’ Shank said. “We’re going to do everything we can to make that happen for him.’’

And when Castroneves joined the press conference a few minutes later, it was an immediate question for him as well.

“For me it’s just an incredible feeling right now that we’re able to win number four,’’ Castroneves said. “A lot of people had question marks. I understand. I get it.

“But I never stopped believing. That’s what matters.’’

For Castroneves, the victory wasn’t a surprise. It was the opposite. It was the result of passionate pursuit and believing in yourself. Of never giving up.

“I never stopped dreaming, I never stopped believing,’’ Castroneves said. “I’m so glad I did that because I want to know those young kids, somethings they think hard work doesn’t pay off. But it just proves you still can believe in yourself and make yourself better.’’