USA Men's Basketball Will Be Challenged in Pursuit of Olympic Gold 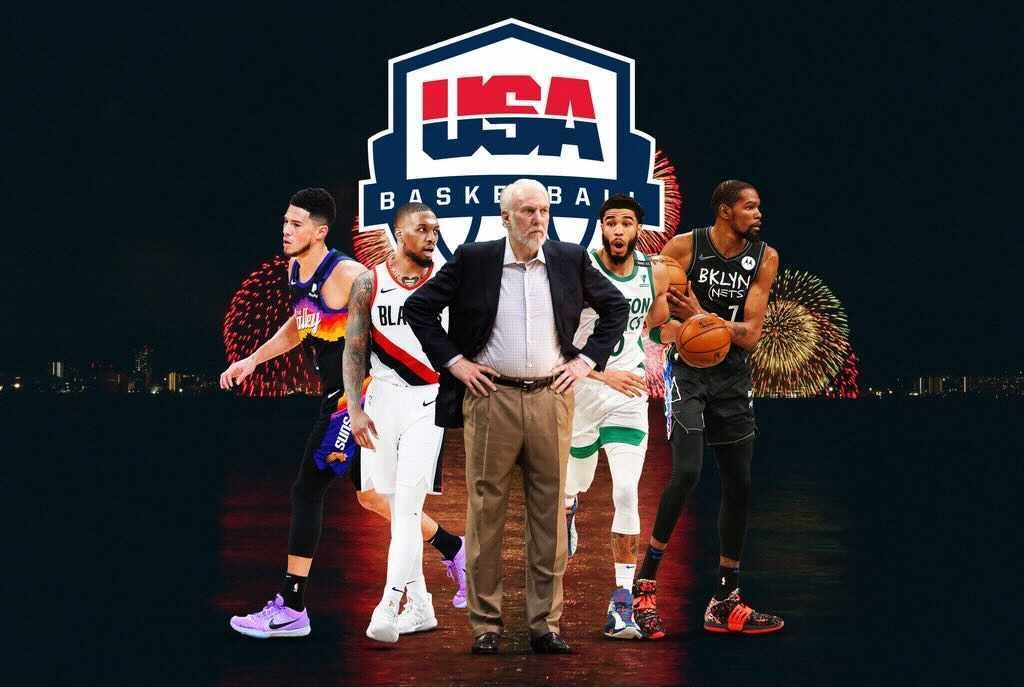 The Las Vegas streets were littered with spent shells, remnants of Fourth of July fireworks that lit up the sky. The smoke and fervor of patriotism hung in the air as “Camp Pop'' opened for the U.S. men’s basketball team. Gregg Popovich has won five NBA titles as coach of the San Antonio Spurs, and he’s getting his first crack at Olympic gold this year in Japan. A winning mindset was being groomed and cultivated in practice, and that all-important work was officially underway for Team USA.

That belief is being challenged … immediately. Team USA has learned in its first two exhibitions winning gold is not a given anymore on the international scene. First, a massive underdog Nigeria team stunned Team USA on Saturday. That was followed by Australia upending the Americans on Monday.

For those counting, Team USA brought a 54-2 mark into these types of games. So, yes, Team USA has lost as many times in its first two warmup encounters before the Tokyo Olympics as it had in all previous contests.

Every player who isn’t currently competing in the NBA Finals, showed up at Mendenhall Center, UNLV campus on July 6. One quarter of the 12-man Olympic roster is currently locked in combat for the Larry O’Brien Championship Trophy. Khris Middleton and Jrue Holiday of the Milwaukee Bucks, and Devin Booker of the Phoenix Suns, will join Team USA after the NBA Finals have concluded.

If the Bucks-Suns series goes the full seven games, Middleton, Holiday, and Booker will be on a tight schedule. Game 7 is slated for July 22, if necessary, and Team USA’s first tipoff in Tokyo is on July 25. Out of the flames and into the fire, these young Olympians will be riding a roller coaster of emotion, regardless. Team USA’s first opponent is a formidable French squad, led by Rudy Gobert, Evan Fournier, and Nicolas Batum. Fortunately, Popovich’s group has some star power of their own.

This year’s roster also provides a great deal of fresh, red, white, and blue blood. Explosive playmakers like Booker and Boston Celtics’ forward Jayson Tatum are expected to thrive in their virgin Olympic voyage. Booker dropped 27 points on the Bucks in his first NBA Finals game, so the big stage in Tokyo shouldn’t daunt him. Tatum averaged 26.4 PPG, 7.4 RPG, and 4.3 APG for an underachieving Celtics clan, and may shine brighter than all the rest in Saitama. “Mr. Clutch” has something to prove.

Tatum, along with Middleton, played for Coach Popovich in the FIBA Basketball World Cup in China two years ago, a group that only managed to finish seventh. The relatively ramshackle 2019 team did not have nearly the amount of depth this new-wave Dream Team does, though. The current Team USA roster represents a lethal balance of veteran savvy, dynamic star-power, youthful athleticism, and serious grit.

In addition to the aforementioned players of pedigree and big-stage experience, the U.S. men’s squad has several intriguing wild cards shuffled into the roster. Damian Lillard (Portland Trail Blazers) is quite possibly the best point guard in the NBA at present. Washington Wizards guard Bradley Beal recorded eight 40+ point games this past season. Blossoming forward Jerami Grant (Detroit Pistons) and first-time All-Star Zach LaVine (Chicago Bulls) are stars on the rise. Miami Heat center Bam Adebayo is as gritty as they come, and wears his big beating heart on his jersey. Adebayo plays with clear intensity and passion, and although he isn’t a traditional center, his presence has the power to invoke fear and hesitation in his opponents.

FIBA ranks Team USA as the heavy favorite to win the gold in Tokyo, and that is absolutely the goal. Popovich is quoted on apnews.com as saying “They are bona fide big-time players, so they’re not here to develop their individual games. They’re here to come together, become a team, fall in love as quickly as possible, and want it as badly as foreign teams want it.”

Since the original Dream Team took the court in the 1992 Barcelona Summer Olympics, the U.S. has taken the gold six out of seven times. Team USA has won gold in three consecutive Olympics under Duke University head coach Mike Krzyzewski. Now it’s Coach Pop’s turn. Expect nothing less than relentless tenacity from Team USA when it tips off for real against France on July 25.

Coach Popovich and crew will aim to make a statement against a French team that is generally considered the U.S.’s stiffest competition. Once they flatten France, the star-spangled squad will be one step closer to podium glory. Iran is up next on the calendar, and should be blown out by double-digits. The Iranian basketball team last reached the Olympics in 2008, and hadn’t qualified in 60 years before that.

The Czech Republic rounds out Group A, and Chicago Bulls guard Tomas Satoransky has been heroic of late. Satoransky led his Czech team to victory over Canada and Greece in the FIBA qualifying tournament earlier this month. This is the first time in history that the Czech Republic has reached the Olympics for basketball.

Iran and the Czech Republic should be relatively easy work for Team USA, but these Olympians cannot be underestimated. If the U.S. men’s team plays up to its potential in Japan, there will be no stopping them. It’s Coach Pop’s responsibility to scheme and keep all of his players motivated and focused, and he’s one of the best in the business. Popovich has an opportunity to add an Olympic gold medal to his impressive resume, and it’s highly unlikely to slip through his fingers. The 2021 version of Team USA is extremely talented, and is likely worth its weight in gold.