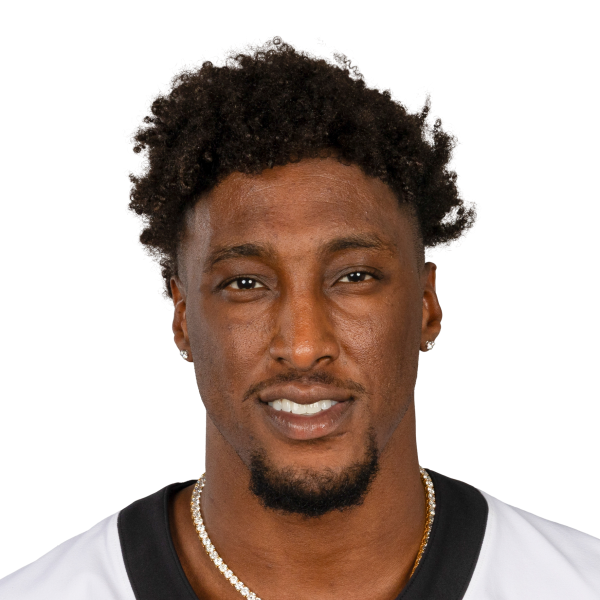 Impacting our communities in a positive way is certainly not a new concept; nor, do I believe there is a limit to the assistance our children need. That is why Dream Builders Foundation was founded.

Thomas attended Taft High School in Woodland Hills, California. As a senior, he had 86 receptions for a state-leading 1,656 yards and 21 touchdowns for the Toreadors football team. Rivals.com ranked Thomas as a four-star recruit. He committed to Ohio State University to play college football...

Thomas attended Taft High School in Woodland Hills, California. As a senior, he had 86 receptions for a state-leading 1,656 yards and 21 touch...

Thomas attended Taft High School in Woodland Hills, California. As a senior, he had 86 receptions for a state-leading 1,656 yards and 21 touchdowns for the Toreadors football team. Rivals.com ranked Thomas as a four-star recruit. He committed to Ohio State University to play college football. Thomas attended Fork Union Military Academy for a year after high school and was roommates with fellow Ohio State teammate Cardale Jones.

Thomas played in 11 games as a true freshman in 2012 at Ohio State. He had three receptions for 22 yards in the 2012 season. As a sophomore in 2013, Thomas was redshirted. Thomas entered his redshirt sophomore season in 2014 as a backup but eventually took over as a starting wide receiver. He ended the season leading the team in receptions with 54 for 799 yards and nine touchdowns. In the National Semifinals against Alabama in the Sugar Bowl, Thomas had seven receptions for 66 yards and a touchdown in the victory. In the 2015 College Football Playoff National Championship victory over Oregon, he had four receptions for 53 yards. In the 2015 season, he had 56 receptions for 781 receiving yards and nine receiving touchdowns. On January 5th, 2016, he announced his intention to enter the 2016 NFL Draft.

The Saints named Thomas one of their starting wide receivers, along with Brandin Cooks, for the season opener against the Oakland Raiders. He finished his first NFL start with six receptions for 58 yards. On September 26th, 2016, he caught his first NFL touchdown on a three-yard pass from Drew Brees during the second quarter of a Monday Night Football matchup against the Atlanta Falcons. Thomas finished the game with seven catches for 71 yards and a touchdown. On October 23rd, 2016, he had his first game with over 100 receiving yards after he finished with a season-high ten receptions for 130 receiving yards against the Kansas City Chiefs. During a Week 9 road game against the San Francisco 49ers, Thomas caught two touchdowns and made five catches for 73 yards, as the Saints routed the 49ers by a score of 41–23. On November 27th, Thomas caught nine passes for 108 receiving yards and tied his season-high of two touchdown receptions in a 49-21 win over the Los Angeles Rams. In the regular-season finale against the Atlanta Falcons, he had ten receptions for 156 yards and a receiving touchdown. During his rookie season, Thomas set franchise records for a rookie in receptions, receiving yards, and touchdowns.

In his second season, Thomas came into the year as the Saints' number one receiver after Brandin Cooks was traded to the New England Patriots. He was named to his first Pro Bowl. He finished the season with 104 receptions for 1,245 yards and five touchdowns. His 104 receptions finished third in the NFL, and his 196 receptions in his first two seasons in the league were the most in NFL history, passing Jarvis Landry's 194 set in 2015. Thomas appeared in his first career playoff game on January 7th, 2018, against division rival Carolina. He recorded eight receptions for 131 yards in the 31–26 win. In the Divisional Round against the Minnesota Vikings, he had seven receptions for 85 yards and two touchdowns. Thomas was ranked 81st by his fellow players on the NFL Top 100 Players of 2018.

In the season-opener against the Tampa Bay Buccaneers, Thomas caught a franchise-record 16 passes for 180 yards and a touchdown, breaking the century mark for the fourth time in his career and eclipsing 200-career receptions. The 16 receptions were the most by any player for the 2018 season for a single game. The next week, he scored twice more with 89 yards on 12 catches in a 21-18 win over the Cleveland Browns. With his 12 receptions, Thomas set an NFL record for the most catches in the first two games with 28, the record previously held by Andre Rison with 26 set in 1994. In Week 3, he added ten receptions for 129 receiving yards against the Atlanta Falcons. His 38 receptions through the first three games were the most in NFL history. In Week 9 against the Los Angeles Rams, Thomas had 12 catches for a franchise-record 211 yards, including a 72-yard touchdown. His performance in Week 9 earned him NFC Offensive Player of the Week.

Thomas finished the 2018 season with 125 receptions for 1,405 yards and nine touchdowns. He led the league in receptions and finished sixth in receiving yards, in addition to setting the Saints franchise record in receiving yards, passing Joe Horn's 1,399 yards set in 2004. He was named to his second straight Pro Bowl and was named first-team All-Pro. Thomas holds the NFL record for the most receptions by a player through his first three seasons, with 321. On July 31st, 2019, Thomas signed a 5-year extension for $100 million, which includes a $20 million signing bonus with $61 million guaranteed, making him the highest-paid wide receiver in NFL history.

In the 2019 season, he broke the single-season receptions record formerly held by Marvin Harrison with his 144th catch of the season, followed by a one-yard touchdown catch for his 145th, while the Saints won on the road by a score of 38–28. Thomas finished the season with an NFL record of 149 catches for 1725 yards and 9 touchdowns. In the 2020 season, he only played in 7 games due to injuries. 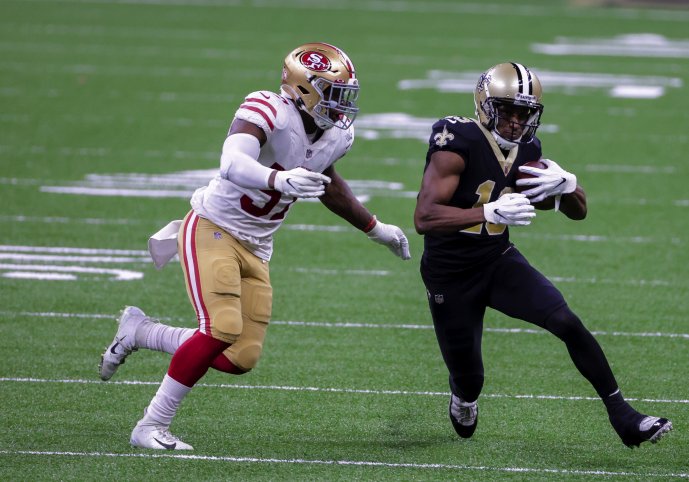 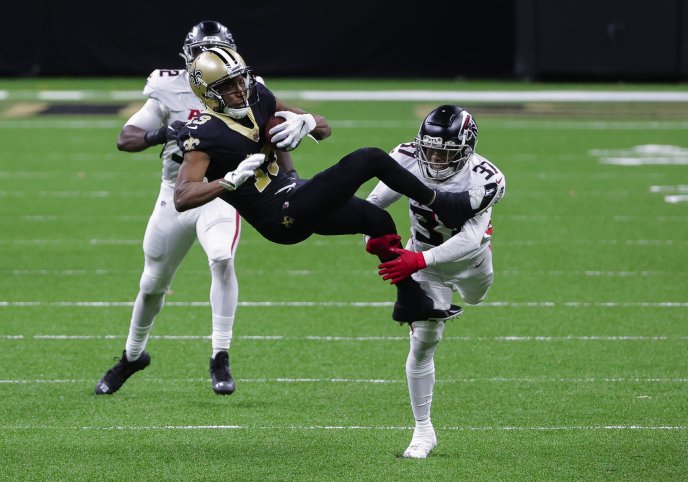 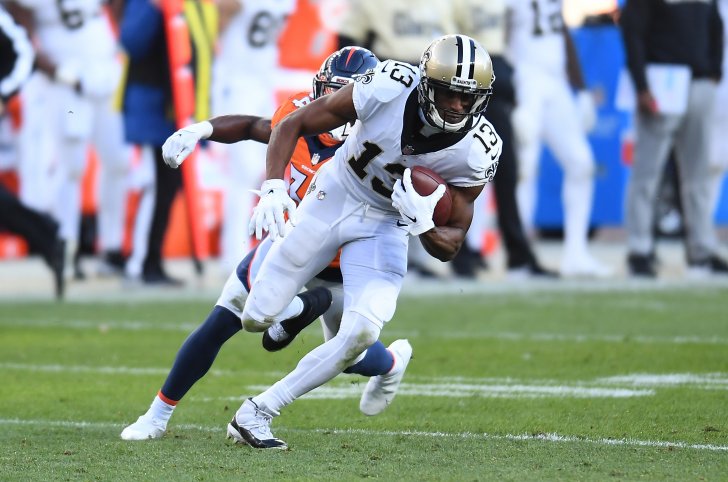 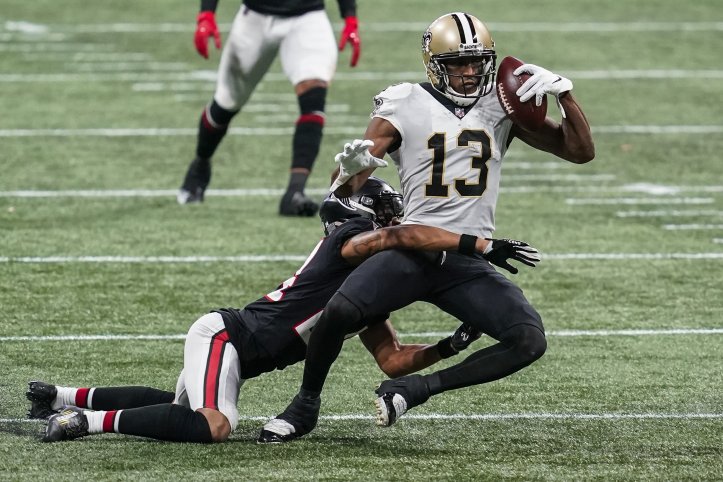